You are here: Home / Archives for iPad Pro Specs 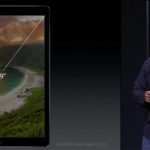 iPad Pro is the biggest iPad Apple has ever produced and was announced during an Apple Special Event on September 9, 2015 and released on November 11, 2015. The iPad Pro specifications is 12.9-inch Retina display with 5.6 million pixels, the most ever in an iOS device, and amazing performance with the brand new 64-bit […]